It’s time to plan what to grow in the garden. Yes, yes…it’s only January, but it’s time. A mug of something hot to drink, paper and pencil to sketch the garden plan, day dreaming of warm weather, your hands in the soil and fresh food and flowers – it’s a great way to spend a winter day.

What should you grow in the garden? How much of each plant do you need? Where should it be planted? There’s a lot to consider but we’ll break it down into small items and make it easier.

What should you grow? What do you like to eat?

We’re going to start this series with tomatoes. We’ll talk about peppers, broccoli, cabbage, cauliflower, cumbers, pumpkins, squash and root crops, too. If there’s a vegetable you’d like to read about soon please let us know and we’ll bump it to the top of the list.

Tomatoes are the all-time favorite. There’s nothing like a vine-ripened tomato, still cool early in the morning, full of natural sugar and juice, fresh from the garden.

Tomato plants can be as short as three feet tall and strong enough to support themselves to more than 20 feet long, clipped to twine and sprawling over support. Choose your varieties based on how big the plants will be at maturity and how much space you have for them. 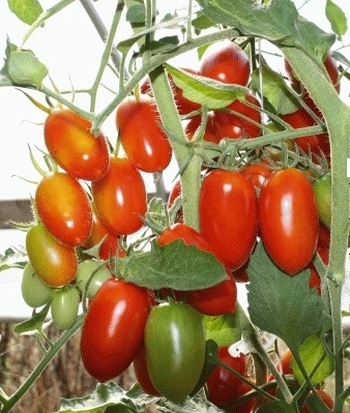 Most varieties need support. It can be as simple as a tomato cage or as involved as a solid frame. Twine strung from the frame can be used to clip the vines to. This method is labor intensive as it requires clipping and pruning several times a week but it produces large amounts of fruit.

Determinate varieties of stop growing at their full height and ripen most of their fruits in a short time. They’re best for limited space and short growing seasons. If you want a lot of paste tomatoes at once for canning, chose a determinate variety.

Indeterminate varieties of tomatoes continue to grow. They continue to produce fruit as they grow. They’re harder to control and require more pruning but if you have a long growing season and the space for them they’re a great way to go.

Deep watering once or twice a week is much better for tomatoes than frequent, shallow watering. Roots will grow deeply into the soil, pulling up nutrients and giving large plants a strong base. Adequate watering helps prevent blossom end rot (BER). Roots pull calcium into the rest of the plant as they bring in water. Shallow watering can causes problems when you get large amounts of rain. The tomatoes won’t be used to a lot of water, will grow too fast and the skins will crack.