Unless you’re a hard core proponent of the local food movement and never eat anything that was grown outside your immediate area, you’ll find yourself cruising the produce aisle at the supermarket from time to time, especially now that gardening season is winding down. If you grow your own food, you will probably be looking for products that were produced using sustainable and organic practices. 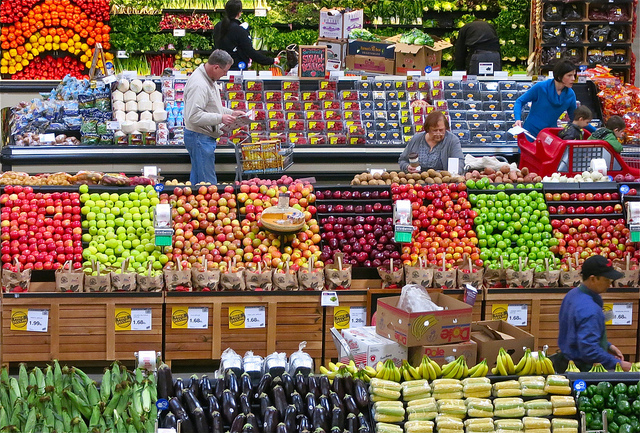 Unfortunately, depending on the time of year and where you live, the selection of organic fruits and vegetables can sometimes be downright pitiful or prohibitively expensive. What do you do when you can’t find what you’re looking for, or when the item you want costs more than you can afford to pay?

Do you know how to choose the highest quality foods from the available selection? Or do you get frustrated, grab just “whatever,” and then pray it doesn’t harm your health?

If you’re discerning about the quality of the fruits and vegetables your family eats, you need to become a savvy produce shopper. 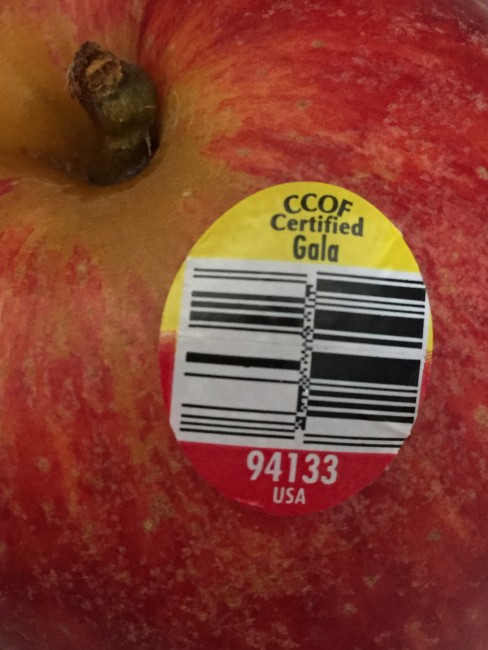 You’ve undoubtedly noticed the little stickers with four- or five-digit numbers on them that supermarkets put on individual pieces of produce. These stickers sometimes also identify the variety; for example, an apple might be marked “Gala” or “Fuji.” (Bins containing bulk items, such as granola and nuts, are often similarly labeled.)

The numbers on those stickers are PLU (Price Look Up) codes randomly assigned by the International Federation for Produce Standards (IFPS). When cashiers ring up your order, they key in these codes to identify the item being weighed or measured.

If you know what these codes mean, you can tell how (and sometimes even where) the food was raised. For instance, a PLU code can tell you if that head of lettuce you’re holding is organic or conventionally grown. 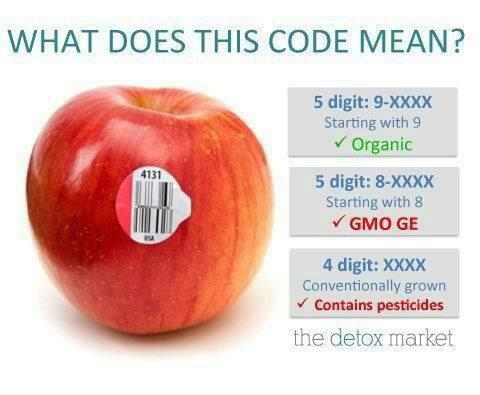 PLU codes beginning with 5 identify transitionally grown produce. This means the food was grown under conditions that meet organic standards, but for which the certification process has not yet been completed. A 5000 series PLU code can also mean the produce was grown on land that has not been free of chemical usage for the required length of time (36 months) before it can be classified as organic. 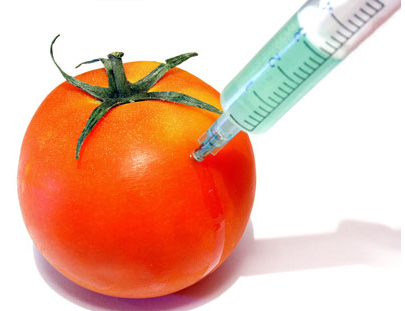 A standard four-digit PLU code prefixed by an 8 indicates the item is a Genetically Modified Organism (GMO) containing genetic information from an entirely different species. Very little is known about the possible long-term effects of eating GMO foods. For this and other reasons, many people choose to avoid GMO foods altogether. 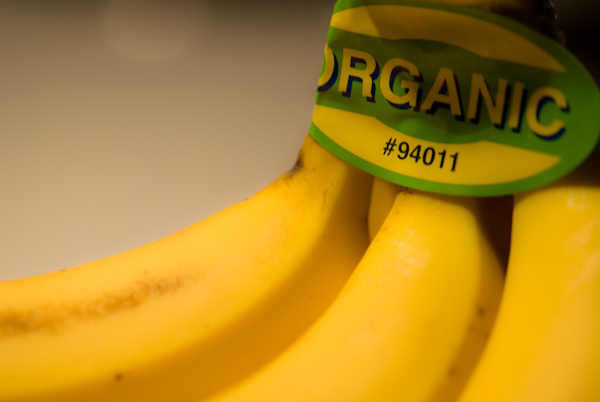 A five-digit PLU code that begins with a 9 indicates the item is organic.

They Don’t Want Us to Know It’s GMO

Okay, let’s assume you know how read PLU codes. Can you now feel confident you’re making the safest choices for your family and not drive yourself crazy worrying if the product you’re buying might be loaded with pesticides or if it’s a Genetically Modified Organism (GMO) food engineered in a laboratory? Well, maybe. Read on!

Although this labeling system seems straightforward on the surface, herein lies the rub:

The truth is, unless it’s labeled as certified organic, most of the corn, soybeans, canola, cotton, papaya, and squash being sold today is genetically modified.

According to Consumer Reports, an estimated 60 to 70 percent of foods, including packaged goods, contain genetically modified ingredients. Dreadful, isn’t it?

Even worse, you will rarely see a PLU code that begins with an 8 because GMO awareness is rapidly gaining traction and manufacturers are afraid that labeling GMO foods will impact their profits. And they can get away with it because the FDA has determined that GMO’s are substantially equivalent to their conventional counterparts. According to our government, there’s no difference between conventional and GMO foods, despite the fact that plenty of studies show otherwise.

How to Be Confident about What You’re Buying

Even though PLU codes can’t be trusted entirely, there are a few ways to ensure the produce you’re buying isn’t genetically modified. You can choose

But what can you do when the selection of organic produce is slim to non-existent?

Fortunately, the Environmental Working Group’s (EWG) “Shopper’s Guide to Pesticides in Produce” is a terrific resource that can help simplify decisions at the grocery store. 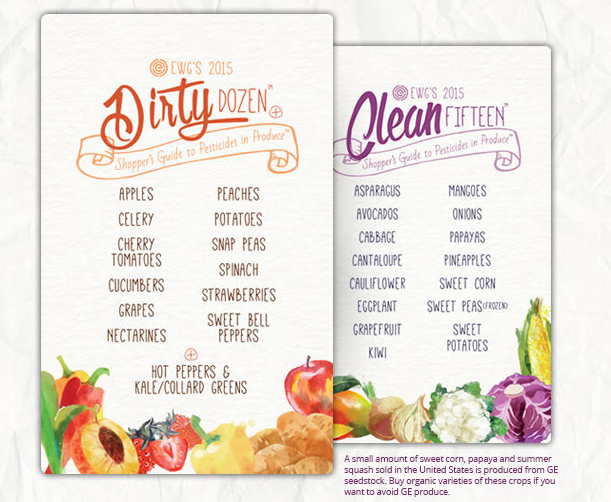 EWG singled out the produce with the highest pesticide loads for its Dirty Dozen™ list. These are the foods you want to AVOID at all costs.

Similarly, EWG’s Clean Fifteen™ lists the produce that’s least likely to hold pesticide residue. You’ll notice a lot of these items have thick or layered skin, like onions, avocados, and pineapple. These are foods you can feel good about buying when their organic counterparts aren’t available.

Clean Fifteen foods are also a safe bet when you want to shave some money off your grocery bill or need to stay within a tight budget.

So, as you can see, labeling laws are sneaky and interpreting the PLU codes on fruits and veggies is a bit trickier than reading the labels on canned and boxed products found on supermarket shelves. But, as a savvy shopper, you can feel confident you’re buying the very best quality produce available without breaking the bank.

By the way, if you sign-up on the EWG website, they’ll send you a PDF version of their Guide for free. If it’s more convenient, you can access the Dirty Dozen and the Clean Fifteen using these resources too: