Gail asked  My cheddar cheese looked just fine while I was making it. But later, when it came out of the Ultimate Cheese Press, it looked like a sponge with lots of holes throughout. Why did this happen? And is this cheese safe to eat? 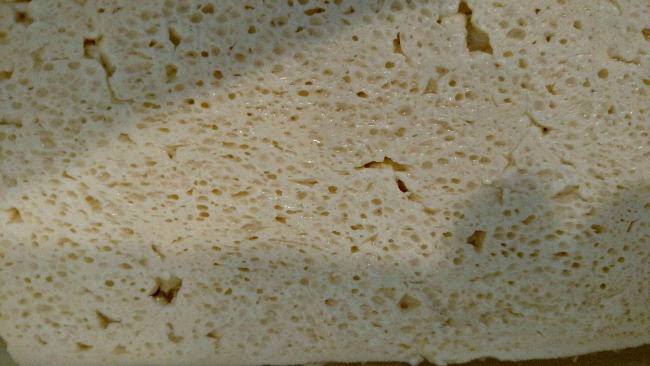 Jerri’s answer  This is called early cheese blowing. There are two reasons why it can happen.

One possible cause is coliform bacteria contamination. These pathogens can infect milk when sanitary conditions get compromised during milking or milk processing. You don’t want to risk getting sick, so THROW OUT THE CHEESE!

The second possibility is yeast contamination, which is most likely to happen when you’re baking fresh breads and making cheese in the kitchen at the same time. Again, I recommend you THROW OUT THE CHEESE!

The latter situation is easier to remedy. If you’re baking yeast breads while making cheese, add your lactic culture to the milk when it’s still cold, just prior to the first heating to start making cheese. This way, the lactic cheese culture will grow faster during the initial heating of the milk. If any yeast does get into the milk, it won’t be able to grow and ruin your cheese.