Rhubarb is a perennial that lasts for decades. One young plant will grow, spread out, and need to be divided about every third year for best growth. It’s a great perennial to share with friends. It’s one of the first vegetables to produce in the spring and always a welcome sight. 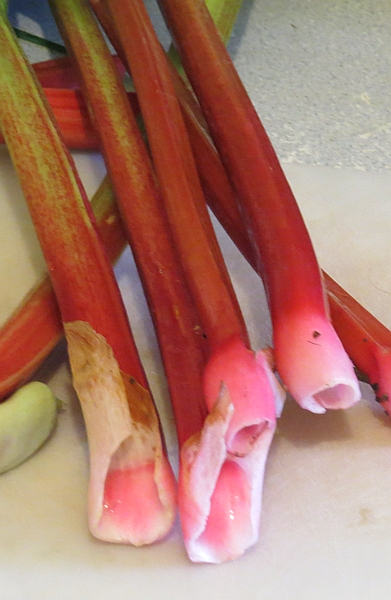 This recipe was my grandmother’s. She would be in her 90’s were she still alive. It’s tried and true, simple as can be, and versatile.

Simmer water and sugar until the sugar is dissolved. This is known as a simple syrup. Cut rhubarb into 1/2″ pieces and add to the syrup. Simmer uncovered for 10 minutes, stirring a few times. The sauce is done when the rhubarb is breaking down. Add cinnamon or nutmeg after removing the sauce from heat. Rhubarb is low in pectin so you might want to cut down to 1/4 cup water after the first batch, or add a tablespoon of pectin according to the directions. 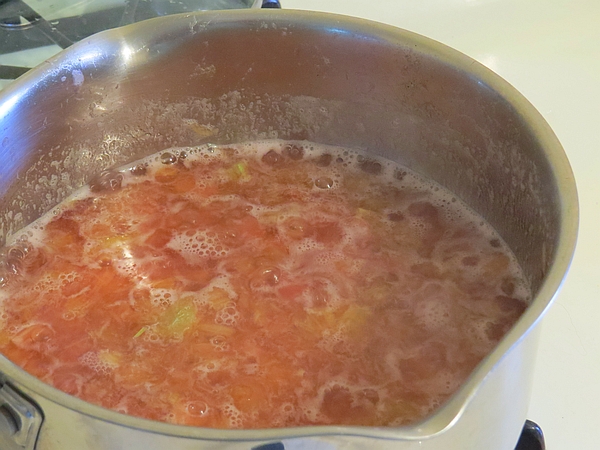 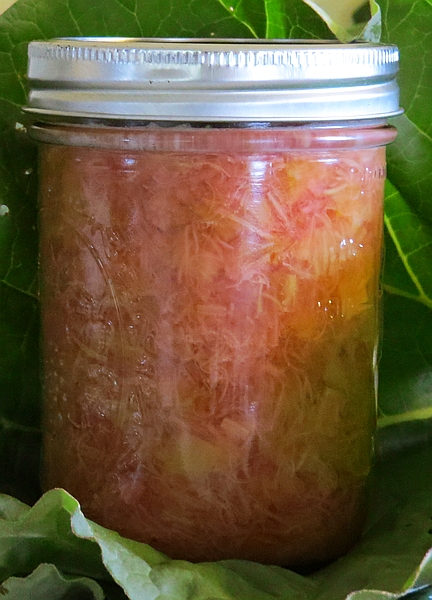 Simple Rhubarb Sauce can be served on warm biscuits, ice cream, Angle Food cake and many other ways. It cans well and if you put up enough, you’ll be able to enjoy it over the winter. While rhubarb is a spring treat, it’s hardy enough for a winter dessert.